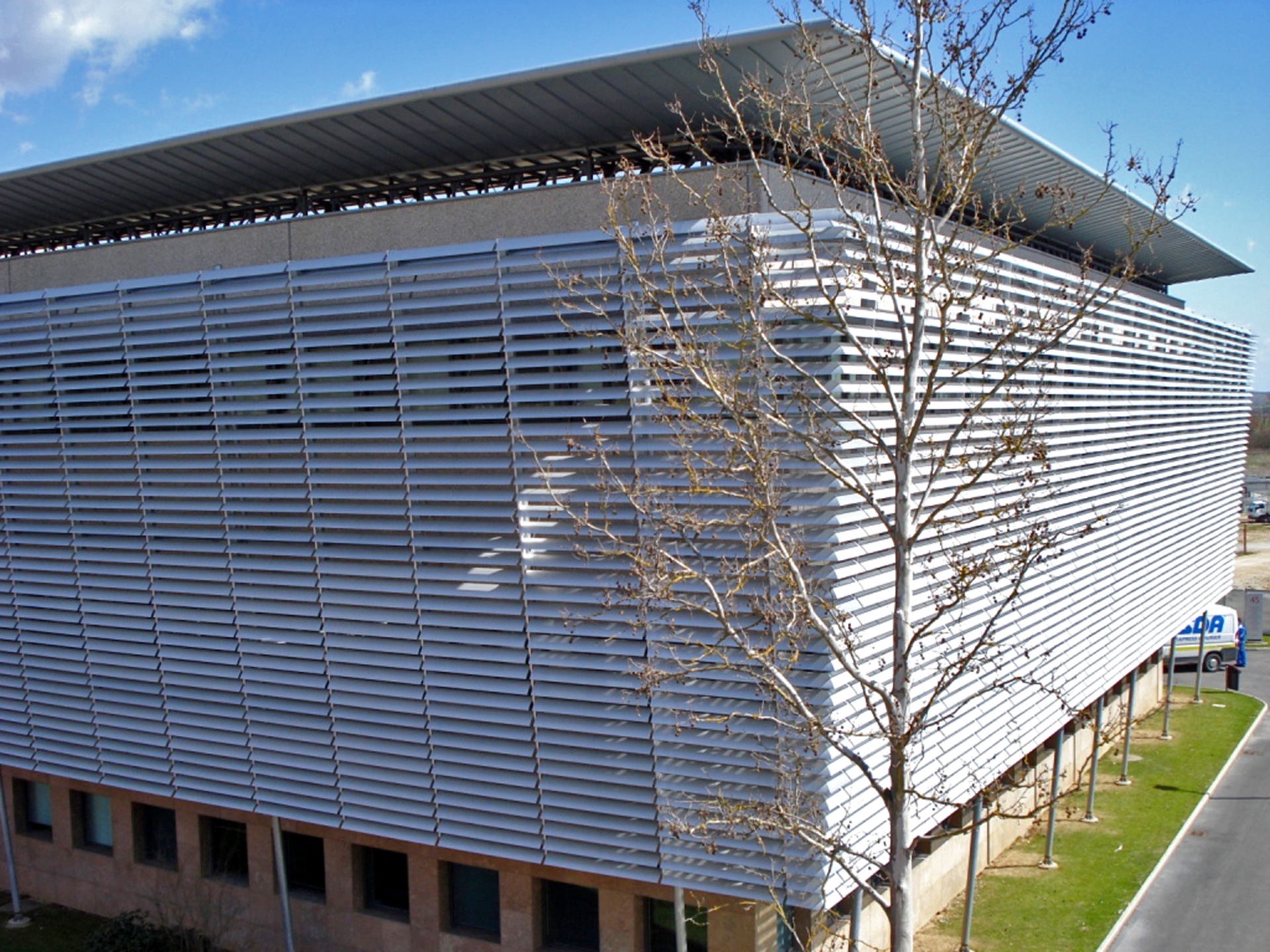 Merlo srl is specialized in sunscreen facades. The company, is now in its fourth generation, it was founded at the beginning of the twentieth century and starting from the 1960s has dedicated itself to the production of fixed and adjustable sunscreen facades with standard or special made solutions.

Roberto Merlo, one of the most famous underwater photographers of the Second World War and a great traveler, got to know the ingenious sun protection system adopted for the new Los Angeles airport control tower and decided to bring this technology to Italy . The solution was quickly appreciated by many designers; among others, the engineer Pier Luigi Nervi chose the Merlo company for the system of sunshade slats of the modern “Palazzo del Lavoro” in Turin, inaugurated in 1961 for the Centenary of the Unity of Italy.

In over fifty years, Merlo has collaborated with the most famous architects and created sunshade facades all over the world, becoming a market leader. The company has installed sunscreen structures in complexes of high historical value, such as the Nîmes arena, in roadside cafes on Italian motorways, in residential buildings and in company offices, and even on mega-yachts.

The strength of the company is to help the designer through all the phases of designing the sunshade system, adapting the needs of an architectural nature to the production techniques, verifying the feasibility and proceeding directly to production and installation.